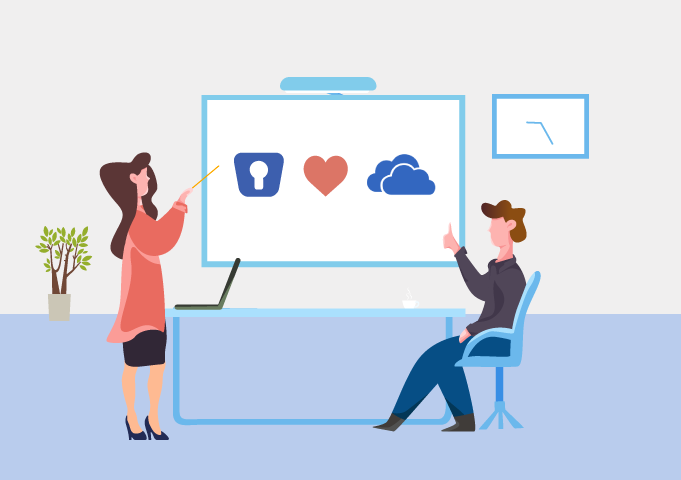 The wait is finally over! Today, we’ve released Enpass 6.4.0 – a new version with the support for OneDrive for Business, a much-awaited feature of Enpass. This update also packs-in a few performance improvements and bug fixes. Let’s dive-in.

Many of our users are using the Office 365 business account, and it was getting a little obnoxious for them not to be able to sync with OneDrive. The reason was, the earlier APIs of OneDrive for business was a little clunky to use for the developers, making it back-breaking even for Enpass to support the sync functionality.

Gratefully, last year Microsoft worked delicately on the APIs and updated them to work with both the Business and the personal accounts smoothly. Thanks to Microsoft for this update, we were also able to integrate the new APIs with Enpass and hence, allowing our lovely Enpassians to sync with the business account of OneDrive as well.

What changes for existing users on Onedrive

Once the Enpass is updated to version 6.4.0, the sync with OneDrive will automatically get disconnected. This is because the integration of the new APIs wasn’t feasible with already existing data.

It was only possible when we created another folder on the OneDrive with Enpass data with the same set of permissions as before. It actually changes nothing for a user; all you have to do is enable the sync again, that’s all.

To make this process easier, Enpass will itself show you a pop-up to set up sync as soon as you unlock Enpass after updating. You can either set up the sync right then or even choose to do it later.

Well, that’s not all, there are some other enhancements apart from squashing some creepy bugs, too. Like we’ve enhanced the password Autofill feature making it much better than before. To know the specifics, check out the complete change-logs of iOS, Android, Windows, Mac, and Linux. Give the latest version a try, and share your experience with us on Twitter/Facebook. For any complaints or suggestions of features, head to the Enpass Forums.

A special deal for the Holidays: 50% off on all Enpass plansWebDAV with Enpass unlocks doors to sync through various clouds