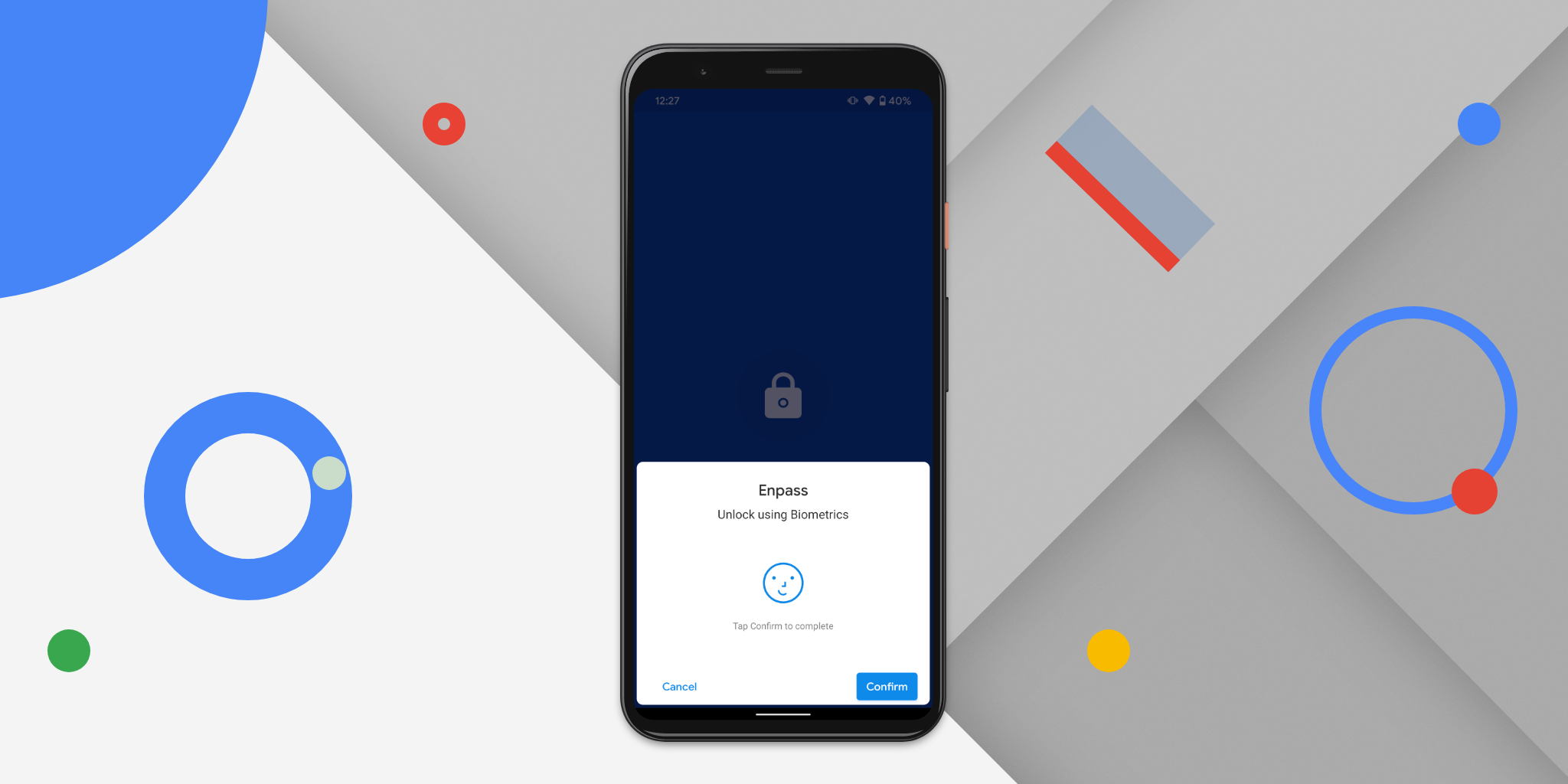 While the camera performance of Pixels is the usual talking point, Pixel 4 and 4 XL introduced Motion Sense, a new feature that uses a radar sensor allowing you to control your phone without touching it. It’s pretty crazy, really.

Enhanced by Motion Sense, the new Pixels pack in face unlock allowing users to simply look at their Pixel 4 to securely unlock it, make payments, and get into apps in a flash. It’s a seamless way to get in, and therefore, Google chose to drop the fingerprint sensor in favor of face unlock. Ouch!

Enpass has supported biometric authentication since long but with fingerprint authentication gone, we got a lot of requests to support face unlock as well – especially from our users who had pre-ordered their Pixel 4 and were anxious if Enpass will work with the new face unlock feature when their devices arrive.

Well, we took care of it. Soon enough, we released an update that included support for Face Unlock on Pixel 4 and Pixel 4 XL.

All you need to do is to set up face unlock on your Pixel 4, and we’ll carry it over to the Enpass app. Of course, once this is done, you can use the Autofill feature of Enpass to securely login into all your other apps.

Enpass supports Face Unlock on #Pixel4. All you need to do is to set up face unlock on your Pixel 4, and we’ll carry it over to the Enpass app! pic.twitter.com/V6XjPBt7tI

Non-Pixel users, don’t fret. Enpass will continue to support the fingerprint authentication method on all other Android smartphones, where the technology is available.